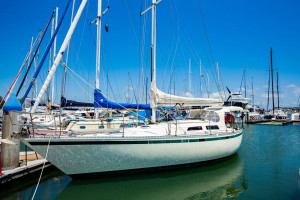 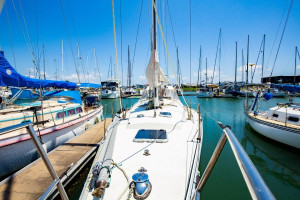 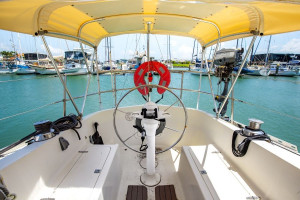 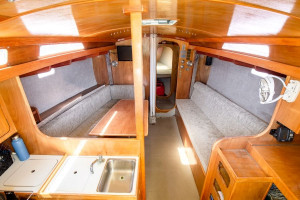 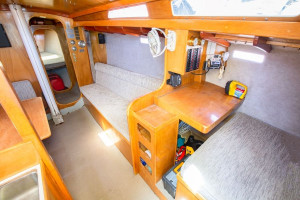 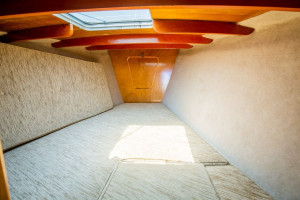 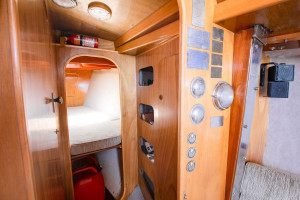 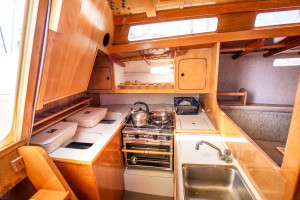 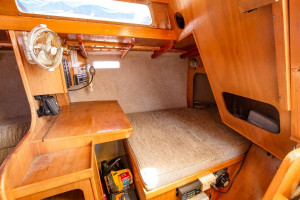 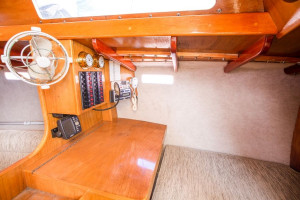 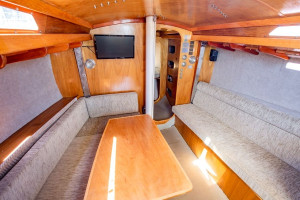 Newly Listed- this 1974 Bounty 35 is well renowed for being build for well known sailor "Jim Robson-Scott". This is a fine example of a typical classic well build sailing yachy designed by Peter Cole.

She's powerful by a Volvo MD 2030 through a V-Drive & 2 Blade folding propeller. fair Dinkum ll won the Australian 3/4 ton championship and competed in many Sydney to Hobart races before she went under an extensive refit for cruising purposes in 1995, photes of the refir are on-board of the vessel. Fair Dinkum ll has been sailed to Fiji Islands single handling 3 times, she is a well build blue water cruising or racing vessel.